Get an alert when the product is in stock: 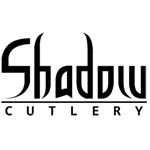 The weapon favored by Ragnar Lothbrok, this axe was essential in Ragnars rise from farmer to Earl, and from Earl to King.  Guided by Oden and believing that his path was destined for greatness, Ragnar
and his warriors raid and pluder accross England and beyond.  This axe was used in all his raids, and was the key to his victory over Earl Haraldson in the epic
season one battle.  Ragnar’s favored axe is rarly far from his side.